Labor Organizing and the Fetish of Work 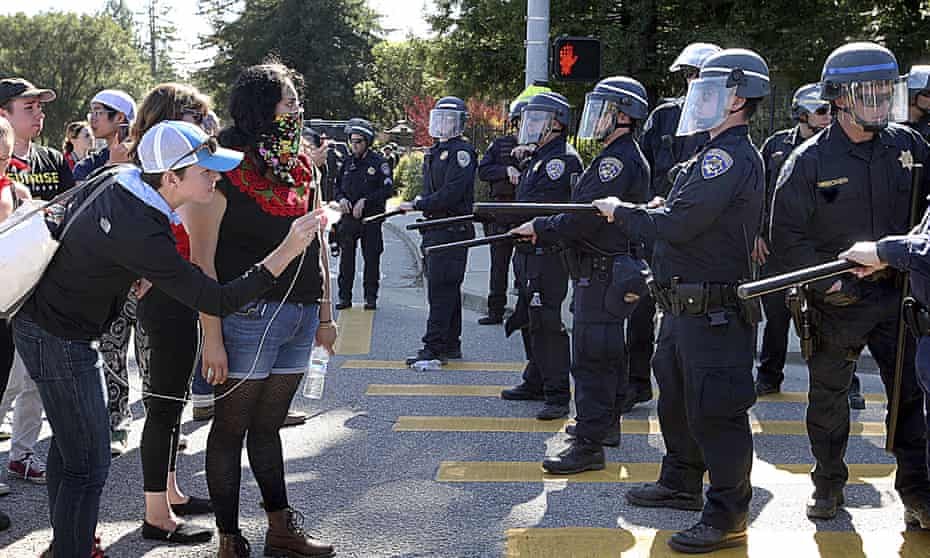 During the winter of 2020, the United Auto Worker Local 2865 (UAW 2865) representing student workers at the UC used member dues to break the momentum of the COLA movement (Cost of Living Adjustment), the largest student movement that California had seen in a decade. As COVID loomed, Organizing for Student-Worker Power (recently rebranded as Union for All), the mono-party that has governed 2865 for half a decade, asked paid staff to argue against a strike at meetings where students were organizing, had its members write op-eds against COLA, and conspired to co-opt a mass worker action into a series of increasingly irrelevant legal and bureaucratic maneuvers. On the other side of COLA, UC students still sleep in cars, enter into massive debt, and are terrorized by an overpaid and unaccountable police force. By all of these measures COLA has failed, while those who worked against it retain power in UAW 2865. To watch these events play out at the excruciatingly slow pace of lived history is to ask who is able to claim ownership over a movement and towards what ends? And, whether organized labor, as it currently exists in the United States, automatically has a stake in every movement for worker power.

As vital as unions have been in gaining workers the few protections that we have, ambivalence about the role of labor in orchestrating mass politics is as old as the organized left. To cite a few examples: Marx and Engels voiced antipathy towards the centrality of wages to the trade union movement. Although supportive of the role unions play in defending workers’ rights and building class consciousness, Marx and Engels were worried about a movement whose raison d’etre is to maintain, even in its reform, the relationship between the exploited and their exploiters. A few decades later, Rosa Luxemburg put a finer point on this tension by critiquing German social democrats and unions for their elevation of political maneuvering over a mass, militant, and concrete struggle towards a classless society. In the aftermath of COLA, we can wonder with Rosa how the political clarity of undergraduates and staff liberating dining halls to feed all became vague petitions to the administration to give utilities stipends to some. On the other side of the Great Depression, Silvia Federici and the International Wages for Housework Campaign (IWFHC) critiqued unions for their valorization of the sort of public and waged labor that was and is most commonly associated with men. At the same time, members of the Black-led Dodge Revolutionary Union Movement (DRUM) did battle with both their bosses and the UAW for revolutionary justice. This struggle continues in the same International as students of color in the UC who have consistently taken issue with the racialized priorities of UAW’s hierarchic leadership.

All of this poses the question of whether organized labor is a means to an end, or an end in itself. For those who counter that any questioning of the political priorities of the labor movement only works to embolden bosses, it is worth noting that the actions of organizations like the IWFHC and DRUM took place during an international upswing in labor militancy. Likewise, those on the left who claim that the “union is all of us” overlook how empty that slogan would sound if applied to nearly any other institution in the United States. As much, if not more, than in other sectors of American society, it is vital to work through the labor movement’s complicity in something as devastating as segregation and not simply to view any effort to do so as an impediment to future organizing and solidarity. To claim, in the specific context of UAW 2865, that the “union is all of us,” and  therefore, “super majorities” are needed for any labor action, is to forget how the UAW recently overturned a supermajority vote of student workers in favor of Boycott, Divest, and Sanction. In short, to treat the union as an end in itself is to actively affirm the given structures of American society as they exist in the present. Worse, to accept that these structures are inherently neutral and just is to deny that they can, or should, ever change. By failing to move towards reform, a union like UAW can only engender a politics of reaction in which the demand for a world without exploitation becomes merely a demand for better bosses.

At the heart of this stagnation, is the fetishization of work. For the past half century, business unions have worked with bosses to make contracts the heart of union organizing. Seeing the roots of this model at the beginning of the labor movement in the United States, Kim Moody has defined it as “a unionism that sees members primarily as consumers and limits itself to negotiating the price of labor.” By enshrining a relationship between bosses and workers that is inherently exploitative, the labor movement in the United States has lost its ability to relate to workers on the ground. It has also made the contract a boundary that theoretically protects both workers and bosses. However, whereas unions have largely viewed these borders as binding, management has often treated them as a site of contestation. Whenever a boss demands unpaid overtime, treats an employee inappropriately, or does not pay workers on time, they become the aggressor in a battle between management and labor. Such an uneven dynamic has created a situation where the leadership of a local like UAW 2865 could oppose a popular strike in the name of defending a regressive contract that they had struck with management.

This failure is one of imagination that stems from habits of organization. In the wake of Janus, two paths were apparent: the first, to move beyond business unionism and its reliance on passive dues by instead forging organizations that are driven by, and responsible to, the rank-and-file; the second, to further divide political from economic demands in the hope of attracting a “silent majority” of conservative workers who would bolster the labor movement as it was. While there have been many hopeful signs of the former from the wave of teacher wildcat strikes in 2018 to the mass resignation of workers in the wake of COVID, UAW 2865 has largely pursued the latter path.

With the possibility of immanent strikes from neighboring unions and locals such as UC-AFT (lecturers and librarians), the SRU (a UAW backed attempt to unionize student researchers), and UAW 5810 (postdoctoral scholars), the ability of 2865 to change course remains to be seen. If it is to do so, it must be willing to put the material and political needs of its members above its desire to maintain the contract and collect membership dues. Any movement forward by the rank-and-file must challenge the one party governance of UAW 2865 in which there exists a pyramid structure of local organizers becoming paid employees of the UAW International in a way that prioritizes the needs and (limited) political vision of the union’s corrupt leadership. By forging new caucuses from the ground up, the rank-and-file of UAW 2865 can unsettle the inertia that has plagued it since the failed contract of 2018. In doing so, the organizing horizon of UAW can be shifted from a series of isolated demands to a broader conceptual terrain such as reparations for the descendants of enslaved Africans. With the possible passage of  “one member, one vote,” a proposal currently being voted on to help democratize UAW leadership, there is the chance that these local actions may reverberate throughout the union as a whole. By meeting the latent energy of COLA with the dissatisfaction student workers have experienced during the pandemic, we may yet have the chance to end adjunctification, win a COLA for all, and put an end to policing in the UC.

Michael Berlin is a PhD candidate in comparative literature at UCI. He is completing his dissertation with the help of the Mellon Foundation and the Council for European Studies at Columbia University. His work has appeared in Cultural Critique and the Georgia Review. He is currently a member of the Strike Committee of the nascent Student Researcher Union.